Houston holiday traditions of the past

Houston holiday traditions like Pancho Claus, the Houston Zoo Lights or Sunny 99.1 KODA playing all Christmas music are as dependable as a blanket of humidity in the summer!

Although as time moves on, not every Houston holiday tradition has survived the test of time like the tree lighting in front of Houston City Hall.

Since Locktopia Houston has a time travel game in the Antidote escape room, let’s escape back in time to things Houstonians remember about Houston holiday traditions that are gone.

BUY A GIFT: Locktopia has a gift voucher too!

Foley’s opened its new downtown Houston location at 1110 South Main Street in 1947. Shoppers from all around southeast Texas came to the store to view it’s animated window holiday displays. Foley’s eventually became Macy’s in 2006. The downtown location was torn down in 2013.

And while we can still eat at her namesake Houston Tex-Mex restaurant on Navigation, let’s remember “Mama Ninfa” Laurenzo who was in a Foley’s Christmas TV commercial.

Another Houston shopping destination was the Sakowitz department store. Who could forget the Sakowitz Christmas catalog that was as opulent as the Neiman Marcus Christmas Book.

“Finding a luxury gift for the one who has it all is easy street come Christmas — if you’re on the right mailing lists. Consumers with big bucks and tough-to-please subjects can find original pickings in upscale catalogs.

Take Neiman-Marcus’ $65,000 desk of exotic woods (please) that is a ringer, freckle to freckle, for a Longhorn steer. Or, Sakowitz’ offer to have a life-size replica of Rome’s Trevi Fountain erected in the privacy of your backyard for a cool $2.25 million.” READ THE REST

Just down from downtown Houston in the Texas Medical Center was the magnificent Shamrock Hotel. 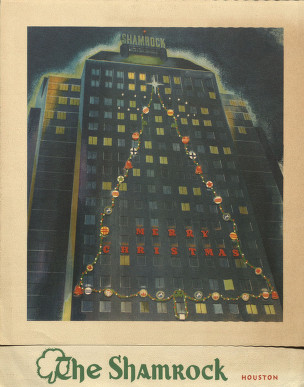 This Shamrock Hotel Christmas card now archived in the University of Houston Library, shows, “an exact reproduction of The Shamrock, decorated for the Christmas Season, 1950.”

Channel 13 children’s show and cartoon host, Kitirik (played by Bunny Orsak), is still remembered by a generation of KTRK-TV television viewers. From 1954 to 1971, Kitirik was a bonafide Houston TV star who made plenty of appearances during the holiday season from what we’ve heard.

Let’s fast forward to the 1970s and 1980s for the existence of the Original Christmas Store. This store might have been in other cities, but many children of Houston at the time will remember its windowless, monolithic structure full of Christmas trees, decorations and music. One of the last locations was on South Gessner and Highway 59 the Southwest Freeway.

Sandra B. wrote to Locktopia with a memory of how banks in downtown Houston celebrated the holidays.

“The Texas Commerce Bank (downtown) choir was a tradition in Houston for many years,” Sanda told us. “They sang during lunch all through the holidays. Bank of the Southwest (Downtown on Louisiana St) had a Christmas kitchen and gave free gingerbread and wassail for many years at Christmastime.”

So what happened to Texas Commerce Bank and Bank of the Southwest? Through a long consolidation period, they eventually both merged into what is JPMorgan Chase today. You can read more about that here.

Send us your Houston holiday and Christmas memories

Surely we have missed some Houston holiday traditions in this time travel escape room game we just enjoyed…so send us some of your favorite memories. 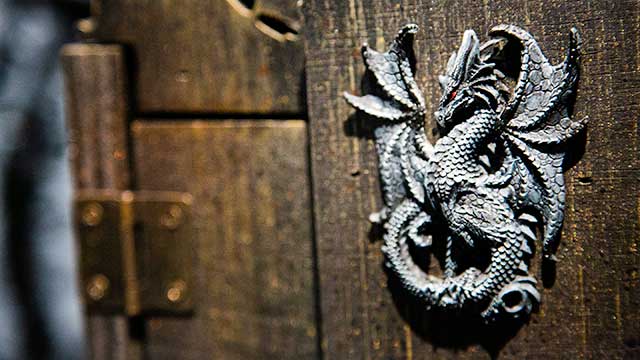 Tips and tricks for booking at Locktopia Escape room

Life post pandemic seems to mean more people feel easier about booking ahead, and so we are booking up further in advance that we have for the last two years. Read more 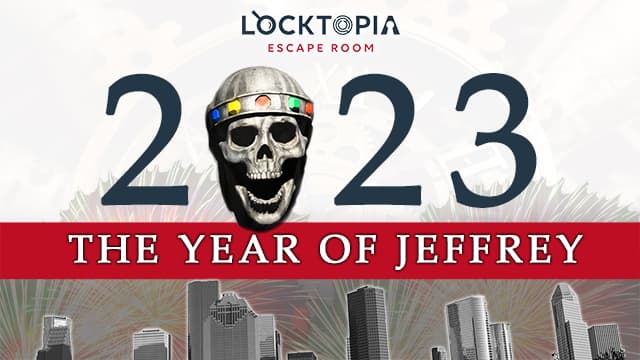 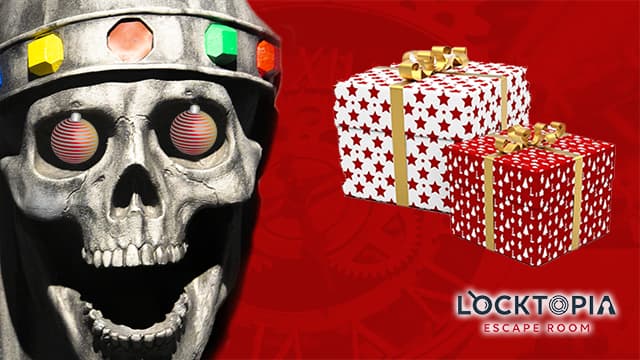