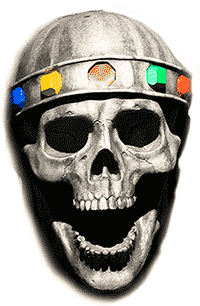 Escape room promo codes | Have a party with us

The ship Endurance, which is the basis of Locktopia Houston’s escape room game, was found by the Endurance22 Expedition on March 5, 2022, after sinking 107 years ago off the coast of Antarctica.

Endurance was found at a depth of 3008 meters in the Weddell Sea, within the search area defined by the expedition team before its departure from Cape Town, and approximately four miles south of the position originally recorded by Captain Frank Worsley.

“We are overwhelmed by our good fortune in having located and captured images of Endurance,” Mensun Bound, Director of Exploration on the expedition said in a release. “This is by far the finest wooden shipwreck I have ever seen. It is upright, well proud of the seabed, intact, and in a brilliant state of preservation. You can even see ‘Endurance’ arced across the stern, directly below the taffrail.”

Naturally our Endurance Houston escape room takes some twists that did not actually happen so here is some real history for you as background.

The history of the Endurance

Sir Ernest Shackleton really did set sail on the Endurance ship in his Imperial Trans-Antarctic Expedition taking place from 1914 to 1917. The Endurance was actually crushed by ice and lost at the bottom of the Weddell Sea. The crew really survived and escaped by foot and life boats.

Endurance left South Georgia for Antarctica on December 5, 1914, carrying Shackleton and 27 other men with the goal of reaching the South Pole and ultimately crossing the continent via an overland trek. However, when nearing Antarctica, the ship became trapped in pack ice, and the crew was forced to spend the winter in the frozen landscape.

After being stuck in the ice for some ten months, Endurance finally succumbed to the pressure of the pack ice and sank.

Following the ship’s sinking, the crew was forced to make their way by sea to uninhabited Elephant Island before Shackleton and five men set off in a lifeboat on an epic journey to seek help from a whaling station in South Georgia, more than 800 miles away.

After several attempts, Shackleton eventually made it back to Elephant Island to rescue his crew and, miraculously, all of the men under his command in the Weddell Sea survived two years in the wilds of Antarctica.

Shackleton returned to Britain to a hero’s welcome.

He later embarked for a journey for his final scientific expedition Antarctic expedition aboard the Quest. In 1921, he returned to South Georgia but sadly Shackleton died died of a heart attack on January 5, 1922, at the age of 47 before reaching Antarctica. Shackleton was buried in South Georgia.

In September of 2021, the BBC reported that Shackleton’s family revealed a plaque at the launch of site of Shackleton’s last trip, Plymouth in southwest England. The memorial commemorates 100 years since polar explorer left for his final Antarctica expedition.

Organized by the Falklands Maritime Heritage Trust, the expedition to locate the shipwreck, set off from Cape Town on February 5, 2022 on a voyage to the Weddell Sea where the Endurance sank in 1915.

The wreck is protected as a Historic Site and Monument under the Antarctic Treaty, ensuring that whilst the wreck is being surveyed and filmed it will not be touched or disturbed in any way.

The 2022 documentary on the Endurance finding

An in-depth story about the finding of Endurance, including its historical relevance and featuring exclusive interviews, images and video, is available on natgeo.com now.

“This is a milestone in polar history,” Bound added. “However, it is not all about the past; we are bringing the story of Shackleton and Endurance to new audiences, and to the next generation, who will be entrusted with the essential safeguarding of our polar regions and our planet. We hope our discovery will engage young people and inspire them with the pioneering spirit, courage and fortitude of those who sailed Endurance to Antarctica. We pay tribute to the navigational skills of Captain Frank Worsley, the Captain of the Endurance, whose detailed records were invaluable in our quest to locate the wreck. I would like to thank my colleagues of The Falklands Maritime Heritage Trust for enabling this extraordinary expedition to take place, as well as Saab for their technology, and the whole team of dedicated experts who have been involved in this monumental discovery.”

Now you will have to play our Houston escape room to see what is real and what is the puzzle twist!